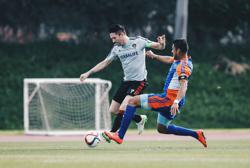 Tryout now for a chance to play with the Ventura County Fusion during the 2019 PDL season as well as in potential exhibition matches against professional teams from around the world. Fusion has one of the best records of any PDL club both in terms of results and also in developing players and giving them opportunities to progress to a higher level.